Today I wanted to host a React application; the first and easiest option was hosting the app using a package called serve which is basically a static file serving tool. The process was easy, all I had to do was first prepare a production build of my application using npm run build then run the npx serve command inside my build's directory:

This is great but the problem is that my application is using React Router and when I wanted to navigate between pages I got 404 error: 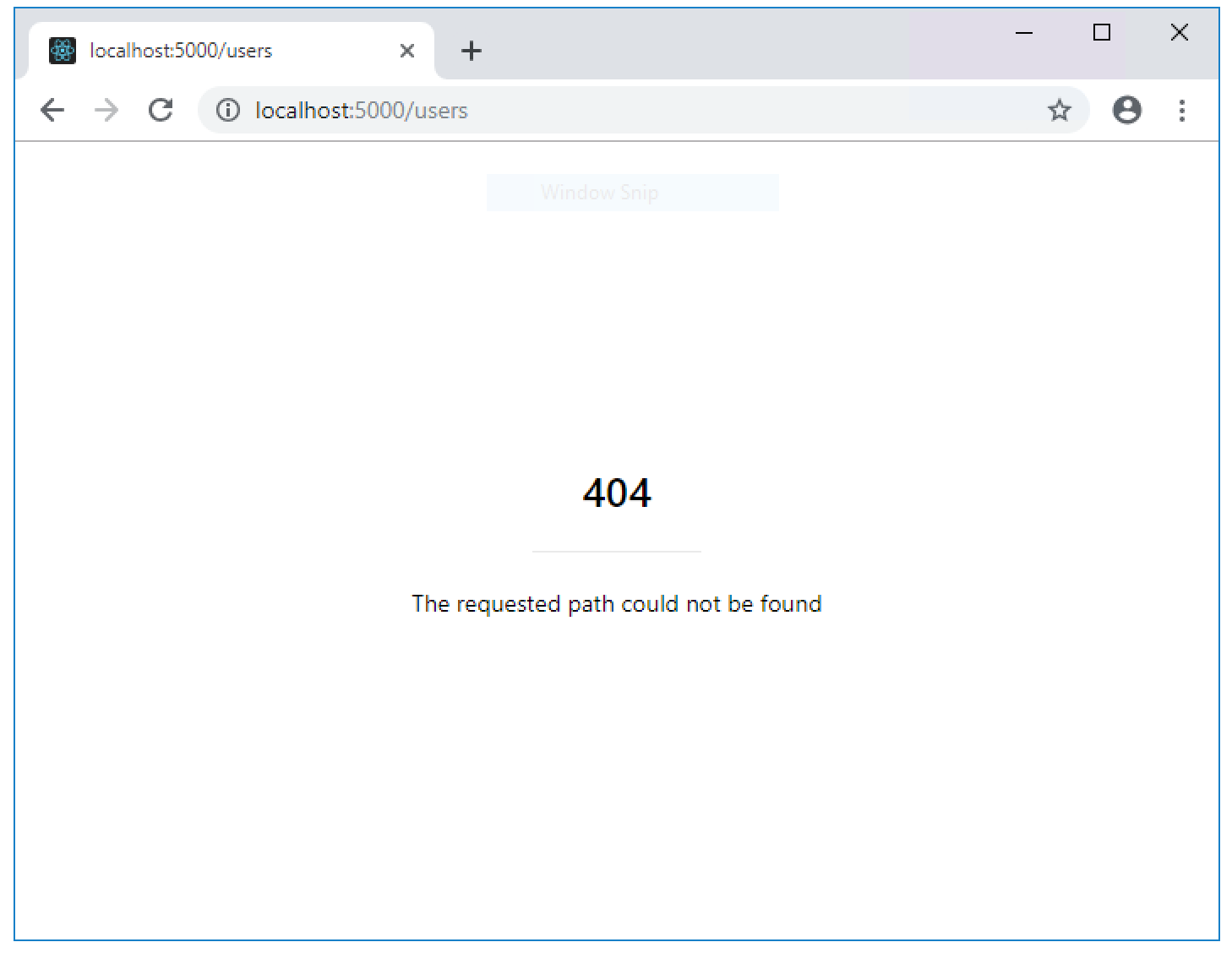 based on the officail React docs:

If you use routers that use the HTML5 pushState history API under the hood (for example, React Router with browserHistory), many static file servers will fail. For example, if you used React Router with a route for /todos/42, the development server will respond to localhost:3000/todos/42 properly, but an Express serving a production build as above will not. This is because when there is a fresh page load for a /todos/42, the server looks for the file build/todos/42 and does not find it. The server needs to be configured to respond to a request to /todos/42 by serving index.html

So I decided to host the app on IIS and define a URL rewrite to redirect all unknown paths to index.html. URL Rewrite isn't installed by defualt so you must install it if you haven't already. Here's what I did to host my React application: 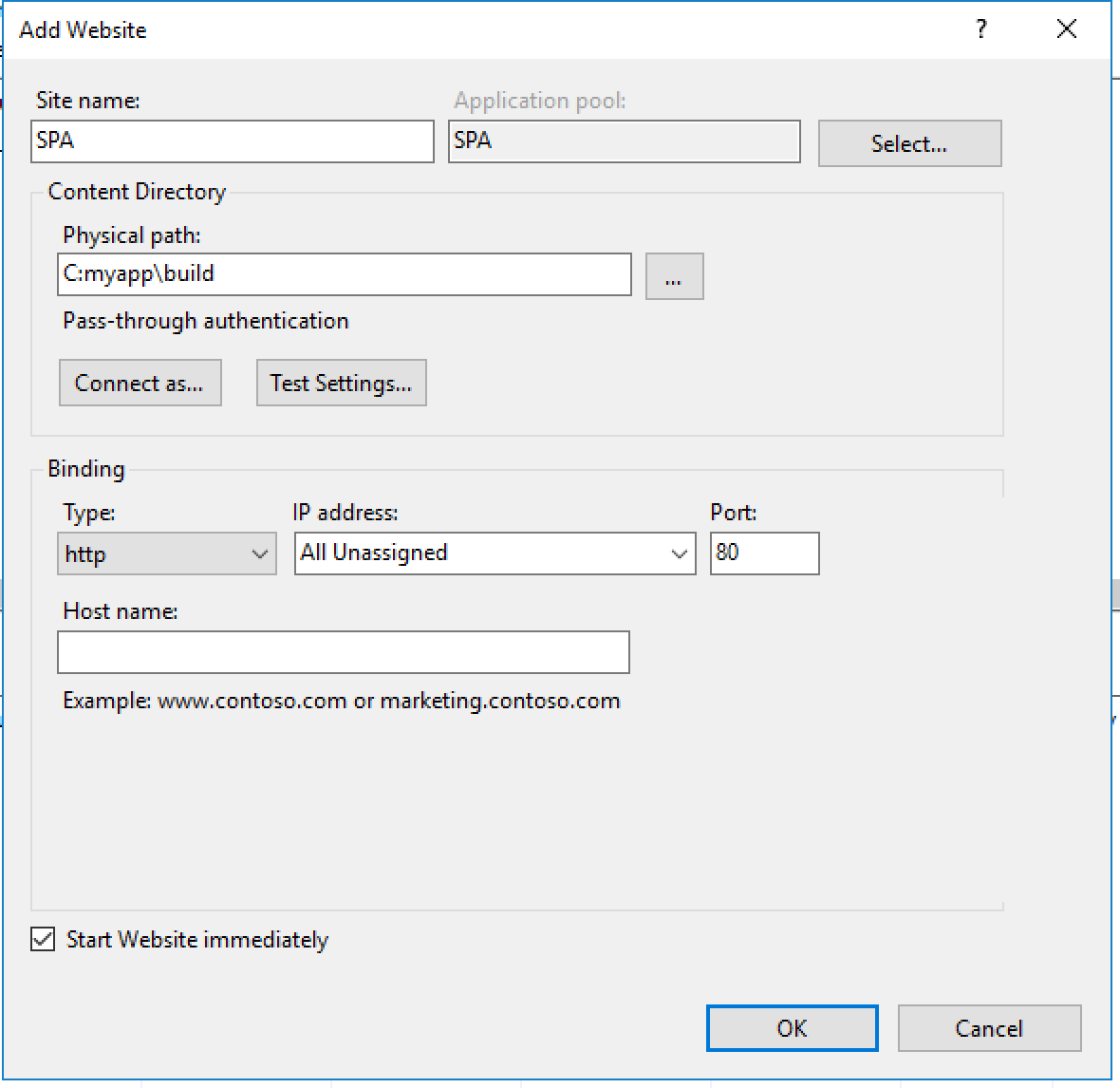 As you know, this configuration is also saved in somewhere else which is the location of the newly created website inside a file called web.config, So this means that what we created in the UI is generated into this XML file. If we open up the file, we can see the following configuration:

The critical part is inside the rules tag. The tag name is an arbitrary string you can change it to whatever you want, and then we have a pattern .* Which means everything using regular expression syntax, then we have our rules, we are basically saying if the input contains a file name or a directory name at the end of URL, an action occurs in this case the action is redirecting to index.html. You might be wondering why I set stopProcessing="true", by setting this flag to true it will stop the processing of further rules, and the request will be passed to the IIS request pipeline. Now the unknown paths are handed off to the client side router, and the rest is history.